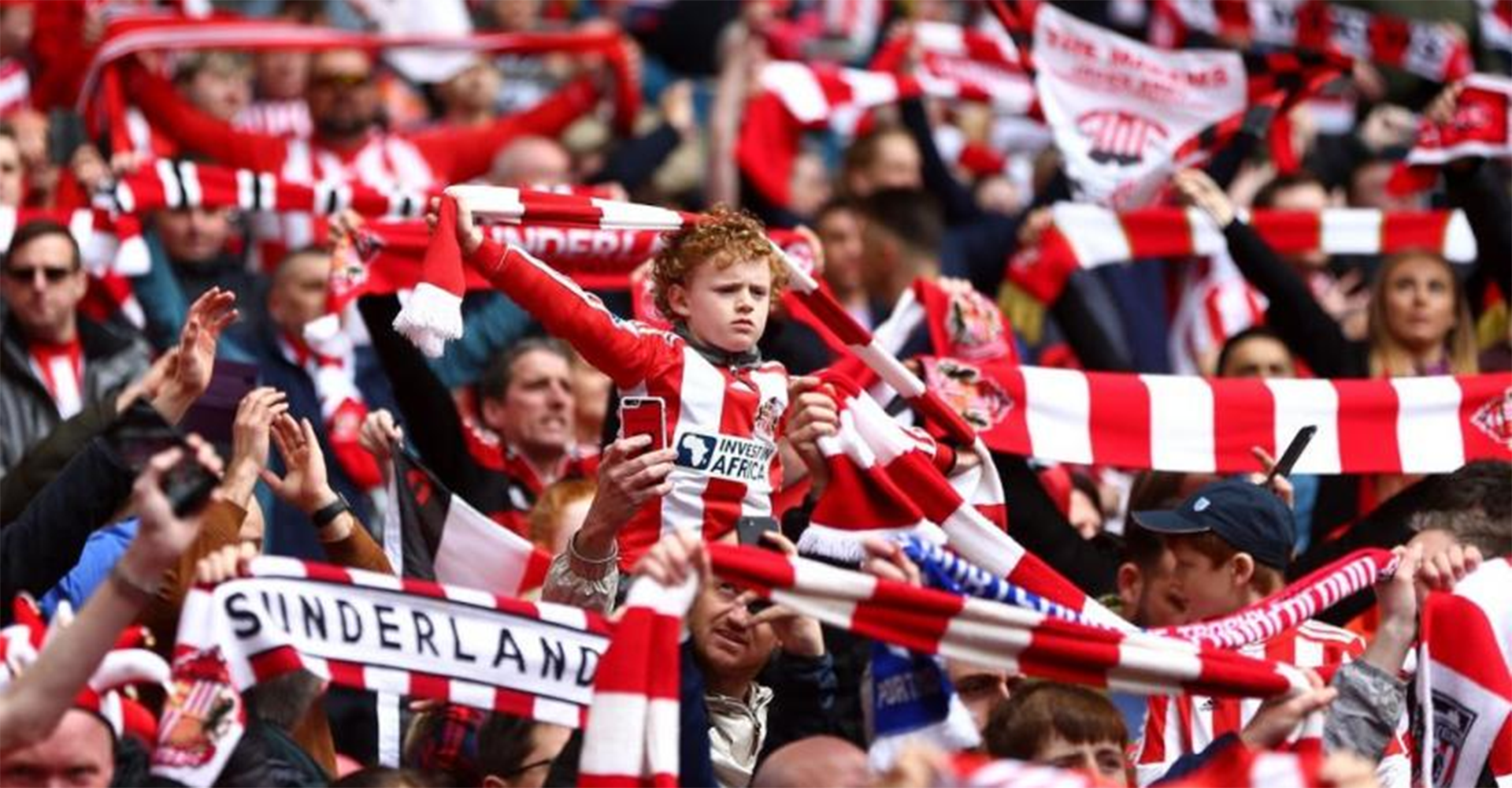 Football without fans is nothing.

But Jock Stein’s famous old quote has been put to the test more than ever during the pandemic, closing the turnstiles indefinitely.

While the grassroots game has been put on hold, the elite game has played on in soulless, empty stadiums around the country in a bid to sustain morale during the lockdown.

Of course the financial implications to clubs are well documented but the fan experience has been decimated over the course of the last 12 months, leaving supporters detached from their clubs at a time when that sense of community is needed now more than ever.

And as the season hurtles towards its conclusion the annual showpiece occasions are notable by the absence of fans but there has been a response, led by tens of thousands of supporters through Crowdfunder.

The idea of virtual ticketing first came to light as Tottenham Hotspur prepared to travel to eighth-tier Marine in the FA Cup, representing the biggest gulf between two opponents in the competition’s history. It created a uniquely collective experience around the match otherwise missing in early January and raised £300,000 for the club.

The effort reinforced the power of fan collaboration, the driving force of so many projects run by hundreds of clubs on the platform. Indeed one of the biggest, the supporter-led campaign by Wigan Athletic, was finally concluded during the week almost nine months. It raised almost £1 million in total on the platform to save the 2012 FA Cup winners.

But now the focus is shifting to the communities they serve.

Just days after the Spurs win, Pep Guardiola’s Manchester City were paired with Cheltenham Town of League Two, producing another match to capture the imagination in the only way the famous old competition can.

It was primetime viewing and the supporters of the Gloucestershire side turned to Crowdfunder to offer virtual experiences of their own, generating almost £40,000 with the backing of rival fans in Greater Manchester. It helped to form an unlikely alliance which will endure for years to come.

All four sets of fans quickly came together around the moment to raise money for charities in their communities, each creating virtual ticketing fundraisers on the platform. The key to their success was giving back. Crowdfunder is more than just giving, and rewarding pledgers with a keepsake is an effective way of encouraging support.

The reaction on Wearside was incredible. Sunderland’s official charity the Foundation of Light worked alongside the club to generate over £170,000 for four local charities. Their mission is to improve lives through the power of football and they successfully brought together almost 10,000 fans, players old and new plus local businesses to support the vital work of the organisations, struggling themselves because of the effects of Covid.

Meanwhile their opponents produced a big campaign of their own, raising £50,000 to tackle food poverty and mental health issues on the Wirral. The Tranmere Rovers Trust created a working relationship with the club to deliver another brilliant example of using football for good.

In the end the Black Cats ended their Wembley hoodoo by winning at the ninth attempt and it could represent a ‘line in the sand’ moment for the long suffering club. With a trophy in the bag, new ownership and a phenomenal community effort in the lead up to the final, pride and belief has been restored.

‘Sunderland Together’ is the mantra and at long last there’s a sense of unity, and that’s testament to the power of crowdfunding. Just maybe it’s the foundation they need to climb back up the leagues.

In the other final, Salford City went on to lift the first major trophy in their history and chose four charities to benefit from their scheme, receiving the backing of co-owners Gary Neville and David Beckham on social media while Portsmouth returned to the platform to support their official charity, Pompey in the Community.

And 20 miles down the road at a fan-less Vicarage Road, Chelsea Women completed a brutal 6-0 dismantling of Bristol City in the League Cup final. Their supporters were the fifth major finalists of the weekend to turn to Crowdfunder to support their community, smashing their target five times over to the benefit of two local charities of their own.

In total the initiatives have raised a staggering £270,000 for local charities, leaving a huge legacy in exceptional circumstances. It underlines the ability of football clubs to take a leading role in communities, harnessing the unifying power of crowdfunding which has resulted in £4 million being raised in the game through the platform since Covid took hold.

As a tool Crowdfunder enables people to come around the things that matter to them and in football, that drives meaningful fan engagement. It’s so much more than an online bucket shake or a meaningless marketing line.

At a time when the lack of fans inside the grounds is hurting the game, financially and culturally, it reinforces the old adage that ‘football without fans is nothing’.

They remain the centre of everything that’s great about the game, but the pandemic has shown that there are new ways to reimagine the experience.