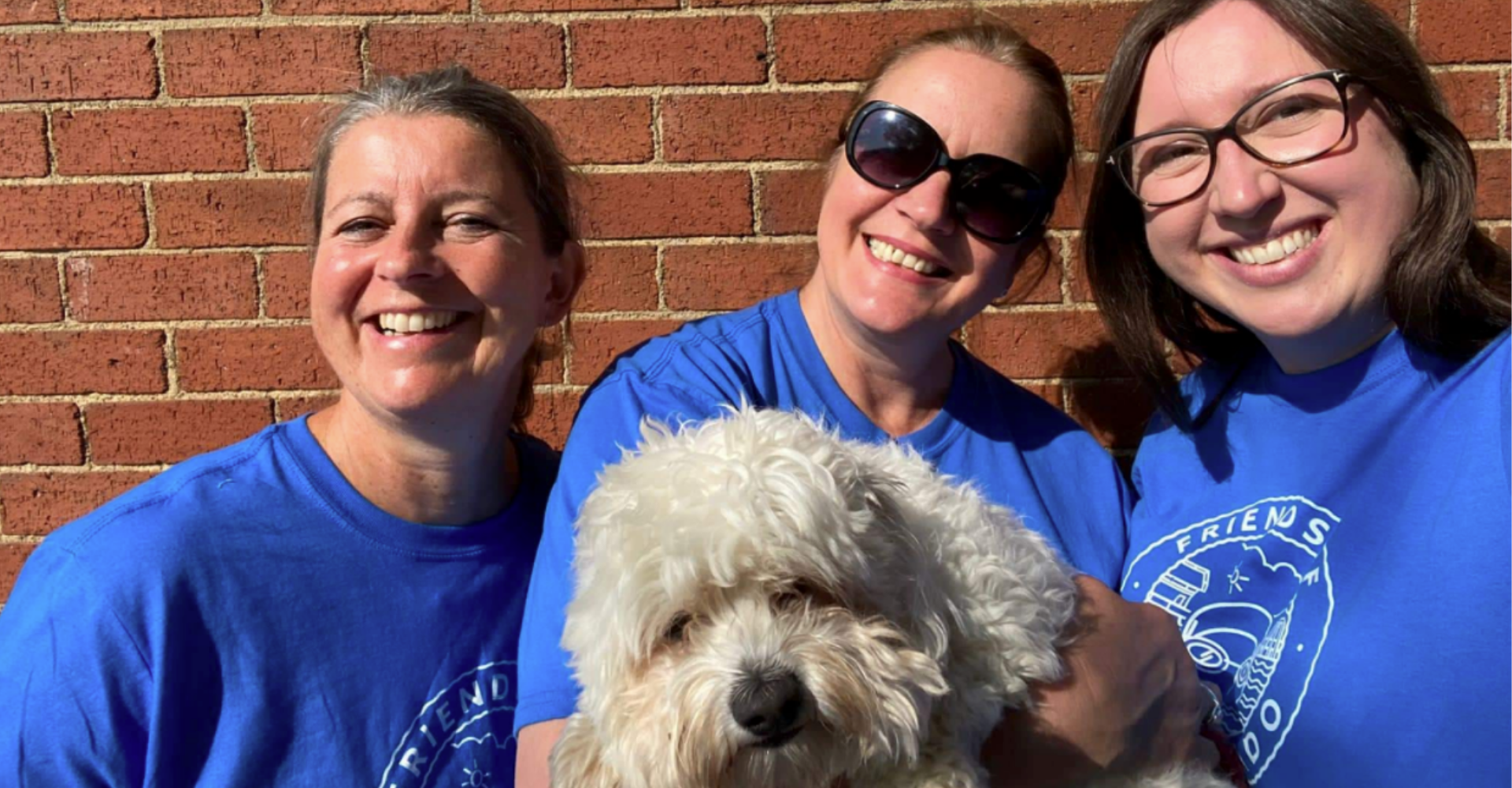 Aiming to turn the derelict Otley Baths into a brand new community leisure venue, a group in West Yorkshire enlisted the help of Sport England and the crowd.

Having first opened in 1924, West Yorkshire’s Otley Baths were loved by many until their closure in 1993. In the years that followed, the baths were abandoned and fell into disrepair. That was until the Friends of Otley Lido (FoOL)—a social enterprise that uses its profit for the benefit of the community—came up with a plan to regenerate the baths into a modern community hub and lido!

The new area would include a play area, cafe, gym, and a space for community activities, along with accessible public toilets. Plus, the pool itself would be heated all year round with a retractable roof, creating a space for families, children, and locals to relax, socialise, and establish a healthy relationship with exercise.

When asked about their vision for the lido, the FoOL told us, “Our aim is that the lido will be a hub which connects our community. A destination where families can relax and enjoy themselves. An accessible venue where everyone can take part in activities, have a drink or meal and connect with others. A place where children and adults can learn life lessons through sport and establish a healthy relationship with exercise for the rest of their lives.”

Though to get started on bringing their dream to life, they needed to carry out specialist studies, including site investigation works, architectural drawings, detailed costings, ecological studies and more. Through other fundraising efforts, they managed to secure over £12,000 towards their overall target of £65,000, though this still left £53,000 to raise.

Thus the ‘Help Us Make a Big Splash!’ Crowdfunder was born! They offered a range of fantastic rewards, including discounts and vouchers to local shops and cafes, Otley Lido merchandise, limited edition artwork, and a discount on advertising space in the area!

When asked about why they chose to crowdfund for the money needed, they explained, “We chose Crowdfunder for three main reasons. The name ‘Crowdfunder’ itself seemed appropriate to what we were trying to achieve, namely to raise money for a community-based project from the community. We didn’t want to use a platform which suggested anything to do with the individual, which a couple of them do. For us, it was about it being a collective effort with the local and wider community. The second reason was that the Crowdfunder site seemed easy to use, with plenty of advice, which was easily accessible. The third reason was the link to the +Extra funding. We didn’t initially know it would be available to us, but were very grateful that our application for it was approved.”

After 42 days, the team smashed their initial target and went on to raise £60,711 from 876 members of the crowd! This included a £13,500 boost from Sport England’s ‘Activate your space’ fund which supports projects dedicated to enhancing the spaces in their local community that give people the opportunity to be active.

They said, “Being able to raise the money through Crowdfunder has meant that ‘phase 1’ of the project to rebuild Otley Lido has become a reality. This includes commissioning the various reports and studies which are required prior to us moving towards the planning application stage. The positive response we had both from the local community, the business community and the press demonstrated that people believe the project is viable and that, in time, the outdoor swimming pool in Otley will be rebuilt.

“The +Extra funding from Sport England was a massive boost to our campaign and came at a critical point when we were starting to wonder if we were going to reach our target. We had a relatively slow start to the campaign but it picked up in the second and third week. We had critical advice from Crowdfunder about increasing the number of business rewards and it became clear that the business community were really supportive of the campaign. However, having the endorsement and pledge from Sport England was brilliant as it demonstrated that a significant external organisation also believed in, and wanted to invest in, the campaign to rebuild Otley Lido. The grant received helped us reach our overall target and will be used to fund the necessary reports and studies required prior to a planning application being made.”

Though it wasn’t just the money, crowdfunding had a whole host of other benefits too, including community spirit, press opportunities, and countless offers of help and support from businesses in the area!

“The planning and investigation phase is a tricky phase to fund as it requires significant investment without there being a concrete guarantee that the final project, which in our case is rebuilding the lido, will be successful.

There were a number of unexpected benefits; our very small committee really got to know each other and became a slick team and our committee has now doubled in size. Plus, we have an additional group of volunteers who are interested in helping out at future fundraising events. Through the campaign we significantly increased our social media reach and also received positive media attention which promoted our campaign beyond the local area. Whilst this was not completely unexpected, we did not expect to be appearing in the local papers and on the radio and TV quite as much as we did! Another unexpected benefit was the number of offers of advice and support from local companies, including pro-bono work.”

Needless to say, we cannot wait to see the incredible things that the FoOL team achieve in the future! After such a successful first experience of crowdfunding and receiving the +Extra funding from Sport England, we asked them for their top crowdfunding tips to inspire others out there thinking about starting their own project.

Feeling inspired? Find out if you could be eligible to unlock +Extra funding for your sports club from Sport England’s Places & Spaces and Active Together funds.