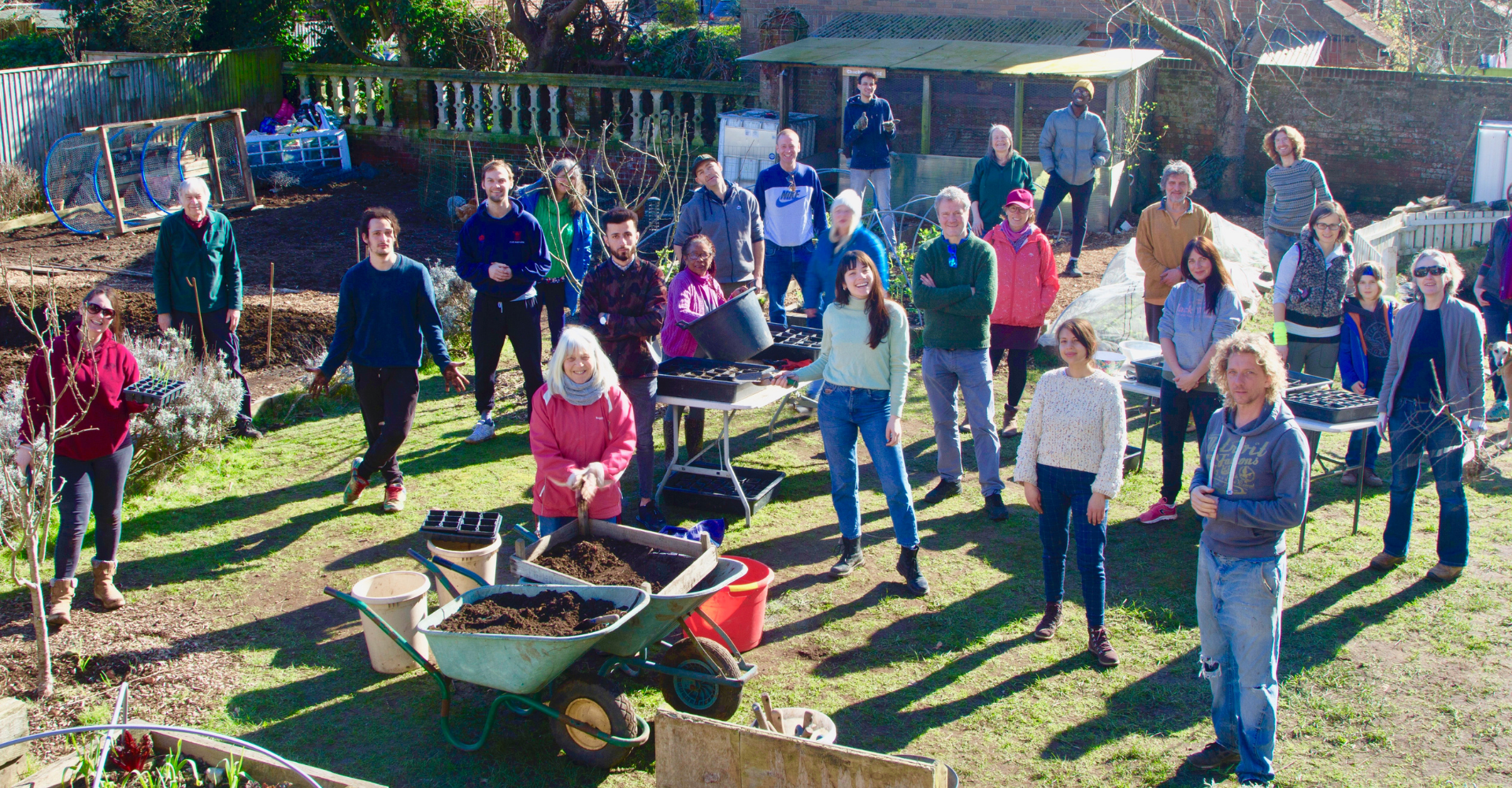 To grow their initiative and improve access to nutritious food, a charity in Bournemouth enlisted the help of the crowd and Sovereign Housing.

In 2014, Grounded Community began growing food with sustainable no chemical methods to supply to the community. Since then, their initiative has expanded to include Food Education Workshops and Nature Play Sessions, a composting facility on a shopping centre roof, ten beehives, and a ‘Feed Our Community’ programme which distributes surplus food to those in need.

Their base, a walled Victorian ‘Secret Garden’ in Bournemouth, is set in one of the most deprived wards in the country where 47% of children are in poverty. Additionally, many members of their community struggle with isolation and poor mental and physical health, meaning that this organisation’s influence is a vital lifeline to so many.

After officially becoming a charity in 2020, the Grounded Community team dreamed of growing their initiative and expanding their support. Through this, the Together We Can Grow Crowdfunder was born!

They wanted to raise £30,000 which would allow them to build an outdoor classroom to deliver their workshops and host community food gatherings, run their vital volunteer programme, continue their ‘Feed Our Community’ project to feed over 1,000 people every month, and develop new projects.

Michael French, Projects Coordinator at Grounded Community, told us, “We chose to crowdfund at a time when we were really struggling to raise funds for our charity. We became a charity at the start of 2020 and struggled to get anything done quickly. We knew that this could potentially bring an injection of funds right when we required them and we were right! Just as our existing funds ran out this money came in, meaning we could continue our work and begin more applications for long term funding.

“We chose Crowdfunder as we are a community of people with existing networks who want to support us. As a grassroots group, we have fundraised in other ways, but wanted to raise our profile and get new people to support us. Also by crowdfunding we could then give our supporters something back.”

After 120 days, they had successfully raised £32,329, and an estimated £1251.75 in Gift Aid, from 127 supporters. This included funding from two of our +Extra funding partners! £5,000 came from the Power to Change Community Business Crowdmatch and a further £10,000 came from the Sovereign Thriving Communities fund.

When explaining the impact the funding had on the charity, Michael said, “The match funding from Sovereign Housing and Power to Change meant doubling what we had raised. The £15,000 literally took us to the next phase of our project, as we have subsequently managed to secure a large grant covering 50% of what we need for the next 5 years. The timing and support has enabled us to build our capacity as a charity and a solid team who can support the community in a number of ways. We have employed a volunteer coordinator who can better support our people and a beekeeper who can make sure our bees are really looked after. We have also been able to set up good links with housing association residents to support their food growing efforts.”

Since crowdfunding, they have been going from strength to strength, delivering workshops, providing vital food boxes, and bringing the community together.

“We have delivered 30 workshops and put 30 raised beds in people’s gardens. We have run weekly nature play workshops for families, twice weekly volunteer sessions, and provided food boxes for thousands of people from surplus supermarket food which would otherwise be disposed of. We have also set up a food preserving team to make use of food waste in the town. People have had a sense of purpose and belonging, creating real resilience through this difficult period of life for many.”

After such a successful first experience of crowdfunding, and receiving the +Extra funding from both Sovereign Housing and Power to Change, we asked Michael and his team for their top crowdfunding tips.

He said, “We really didn’t realise how much would be involved in a Crowdfunder. Basically, we did what we could in the time we had. When we plan our next one for the end of 2022, we will prepare donors beforehand, getting fundraising activities through the year that will then contribute to the fundraiser. That way the match funding can be increased and the whole crowdfund is boosted.”

He continued, “Also the materials for organising your campaign that Crowdfunder give out are worth looking at months ahead. Lastly, rewards need to be thought about in terms of effort to post and how to communicate clearly when people will receive them. For example, if they need to arrive for Christmas, the Crowdfunder has to finish weeks before Christmas to give you enough time to post them!

“The greatest thing is the fact that crowdfunding gives you the opportunity to tell your story. Our video was a massive hit and we continue to use this as a communication tool for our charity. Make it work for you and get creative… enjoy!”

Feeling inspired? Find out if you could receive up to £10,000 from the Sovereign Thriving Communities fund!