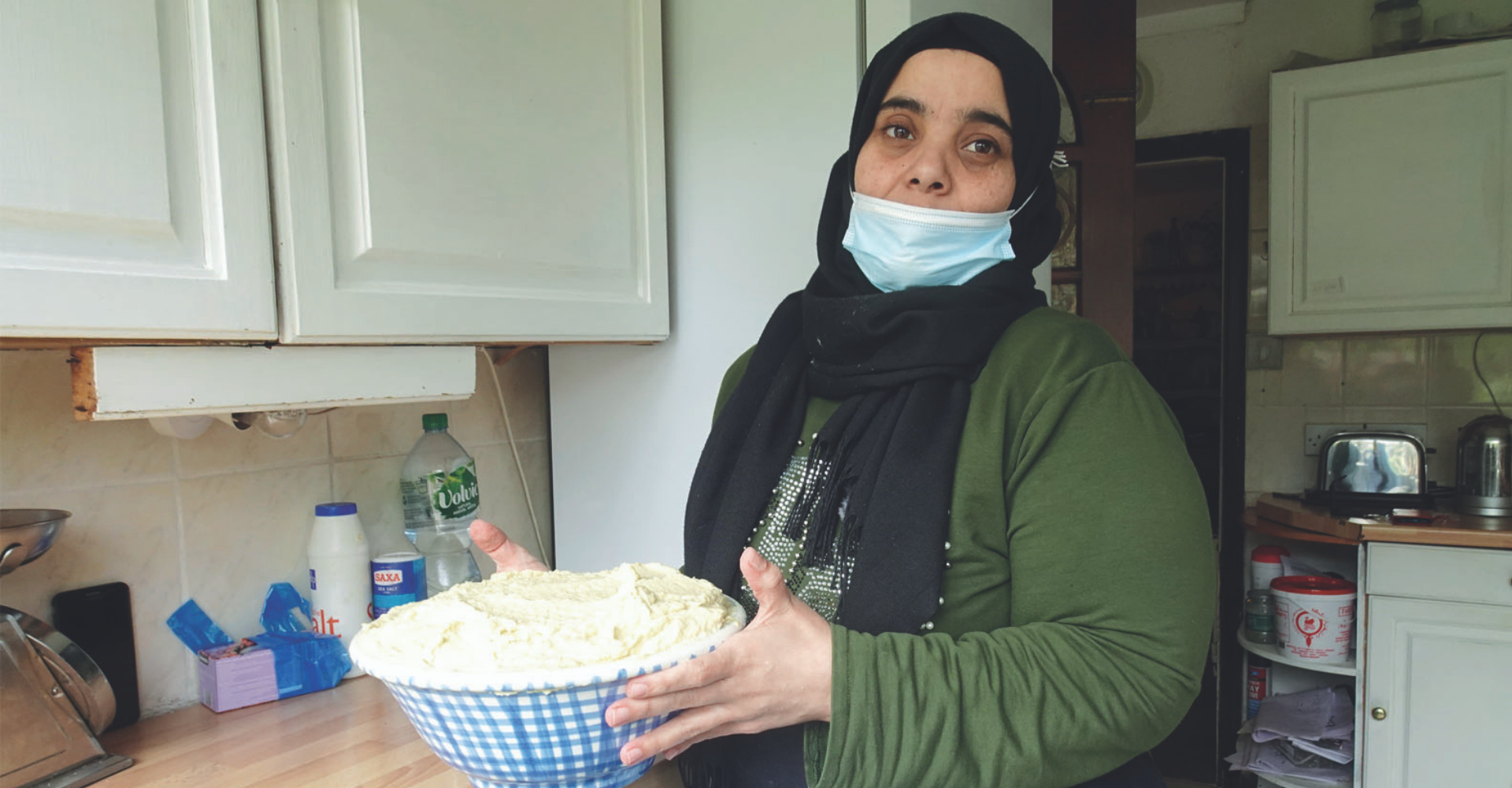 Understanding that refugees can face many challenges when it comes to integrating into their community, a group of local residents in Lewisham came together to help break down these barriers.

For refugees, work is a space to make friends, practice speaking English, and achieve independence, making employment the number one priority for integration. However many refugees face challenging barriers to finding a job, including experience, knowledge of the UK job market, and language skills.

In 2018, Lewisham committed itself to becoming a Borough of Sanctuary, welcoming hundreds of refugees and immigrants. Just a year later, Refugee Café was born, launched by Iolanda, the founder of Action for Refugees in Lewisham.

Led by local residents, this charity set out to provide employment opportunities to local people, as well as to celebrate the culinary culture of South East London. The team worked with a group of refugee chefs to create products to sell online and at markets. They wanted to make Lewisham a Borough of opportunity as well as sanctuary.

Then they had an idea. They could take their initiative one step further and create a refugee-led café to provide training, jobs, and social opportunities to locals. It would serve delicious food from a professional kitchen in the heart of the borough, boosting the local economy and rejuvenating the area after COVID-19 closures.

To make their dream come true, they needed £20,000 which they hoped to raise through crowdfunding.

Freya Laing, a Trustee of Refugee Café, explained, “We particularly wanted to crowdfund because we are a community based charity, working for and with the people of Lewisham. Through crowdfunding it becomes a community effort and you are able to collaborate with a lot of people, all taking some pride in making the vision happen. Refugee Café will not only be a space for refugees, but for all neighbours to socialise, share ideas and eat great food. Crowdfunding enables local people to have some ownership over the project, something we really wanted to create. The response has gone beyond our expectations and means so much to the whole team.”

The community loved the idea and came together to support the campaign, spreading the word throughout South East London and beyond. The Refugee Café team pulled out all the stops to attract their crowd of supporters, including creating a social media calendar with some famous faces.

“We started planning the campaign at the beginning of March and had a really great core group volunteering on the project, who have diverse networks and an amazing range of skills. The rewards were designed to attract our customer base of local people and families, whilst some were focused on engaging local businesses. We put a lot of effort into planning the social media calendar and showing local support from key figures, such as the Mayor. The idea for Refugee Café is really exciting and proactive so our key messages and vision spoke to a lot of people.”

After 35 days, they had smashed their initial target and went on to raise a total of £32,463 from 458 supporters, plus an estimated £4,158.75 in Gift Aid. They were also eligible to receive £10,000 from Power to Change as part of their Community Business Crowdmatch which supports new and existing community businesses!

Freya told us, “It was really exciting to receive the funding as it helped us reach our initial target of £20,000 after less than 2 weeks. This was an amazing boost and really encouraging, not only for the team but also for the public to see there was a lot of backing behind this idea. Reaching the original target so early relieved a lot of pressure on the team so we could enjoy the campaign and be vocal about the reality of launching an actual café.”

She went on to say, “In just 5 weeks we have raised enough money to launch Refugee Café with the means to kit out the space to a professional standard. With a space of our own we will be able to work with a bigger team, whilst also launching our training programme to help more refugees into hospitality work. It has been a real boost to see the amazingly kind and supportive response from our local community! We have received so much love and support for the project. We are a totally volunteer run organisation so having this feedback has kept everyone motivated despite this difficult time to launch the café and achieve Refugee Café’s mission of providing a pathway to employment for people who have asylum in South-East London.”

Though the team didn’t just benefit from the money, the Crowdfunder had other benefits too. “The Crowdfunder helped raise awareness of the barriers to work for refugees and the reaction of the community to this challenge has spurred us on!”

It’s safe to say that the Build a Home For Refugee Cafe Crowdfunder was a great success. Their crowd supported them every step of the way, helping to create an inclusive Lewisham which caters to all.

When asked if they had any tips for others thinking about crowdfunding for their own community business, she told us, “Be as organised as you can, but also flexible to change – especially at this time. Having a good sized core team organising separate parts of the Crowdfunder is great e.g. social media, events, pitch and rewards, PR etc… We had nine of us working solely on the Crowdfunder for a few months which really helped make it an enjoyable experience and prevented burnout.”

Thinking about crowdfunding? You can raise funds for your idea on Crowdfunder and find out more about Power to Change’s support for community businesses here.