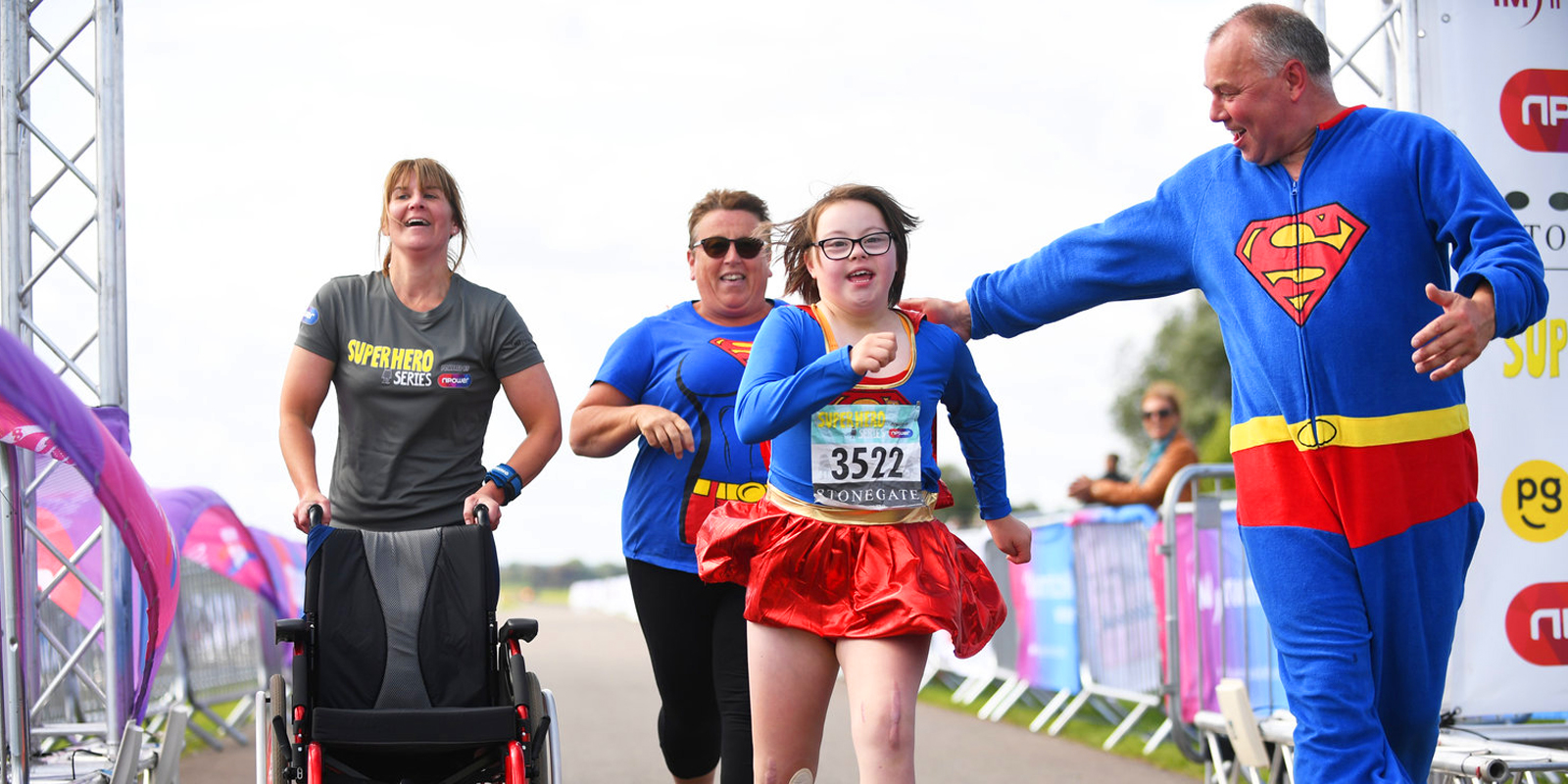 We’re working with Superhero Series to create a ground-breaking new way of raising vital funds for charities and good causes.

Superhero Series today launched a crowdfunding project of its own, inviting corporates, charities and supporters to pledge their backing for one of the fastest growing and exciting mass participation events in the country.

Founder Sophia Warner, a Paralympian who represented Great Britain at the 2012 Summer Paralympics, created the Superhero Series in 2017 to enable both disabled and non-disabled participants to take part in sporting events together.

“My own experiences combined with meeting so many participants who are just crying out to take part in events are the inspiration for the Superhero Series,” said Sophia.

“The idea is simple. To create fun, gutsy events where people with disabilities call the shots and don’t have to worry about cut-off times or equipment restrictions.

“I also love the idea of creating a series where people with all kinds of disabilities can come together and compete alongside like-minded individuals who face similar daily experiences and challenges,” she added.

The new partnership will see the Superhero Series debut Crowdfunder’s new charity functionality, bringing together good causes with fundraisers to create a far more compelling and effective way of fundraising.

“The idea behind our official partnership with Crowdfunder.co.uk was simple for me,” she added.

“Everyone we talk to loves the Superhero Series and the thing that strikes me is they always ask ‘how can we help or get involved?’ Now through our partnership with Crowdfunder.co.uk everyone can bring their own Superhero spirit straight to the events and the people that want them.”

“We are lucky enough to already be supported by many Super Partners and Charity Friends but our ambitions are gigantic and we want to make our events bigger, better and with all the facilities, gizmos and gadgets to be able to unleash each and every budding Superhero out there.”

The Superhero Series need to raise an additional £84,000 for Superhero Tri to happen this year. There are a number of ways you can get involved, whether you’re a corporate or charity organisation, or if you’re just an individual who supports what they’re about. Be a superhero and support the Superhero Series.

The Superhero Tri takes place on Saturday, August 17 2019 while the festive Winter Wonderwheels event will be held on Sunday, December 1. Both feature three distances for participants and will be hosted at Dorney Lake in Windsor.

A better way to fundraise for good causes

The Superhero Series will be the first organisation to make use of our brand new charity product that enables charities and fundraisers to work together.

“We’re seeing more and more charities use Crowdfunder as a more compelling way to raise funds and engage new audiences, beyond a simple donation, so we’re delighted to be working with Superhero Series to launch our new charity product which firmly puts stories and crowd building at the heart of fundraising. That’s why this is a perfect match. It’s also a much needed shot in the arm for charities post-GDPR.

“Our new offering for charities will enable ‘superheroes’ raise a vast sums of money for a wide range of charities and good causes. It will bring together organisations – big and small – directly with their fundraisers to create far more meaningful relationships and it will help them both build their contacts and networks in the process. It’s social media in its purest, most positive form and that’s the real beauty of everyone working together on Crowdfunder.”

Want people to raise money for your good cause? Get in touch support@crowdfunder.co.uk.