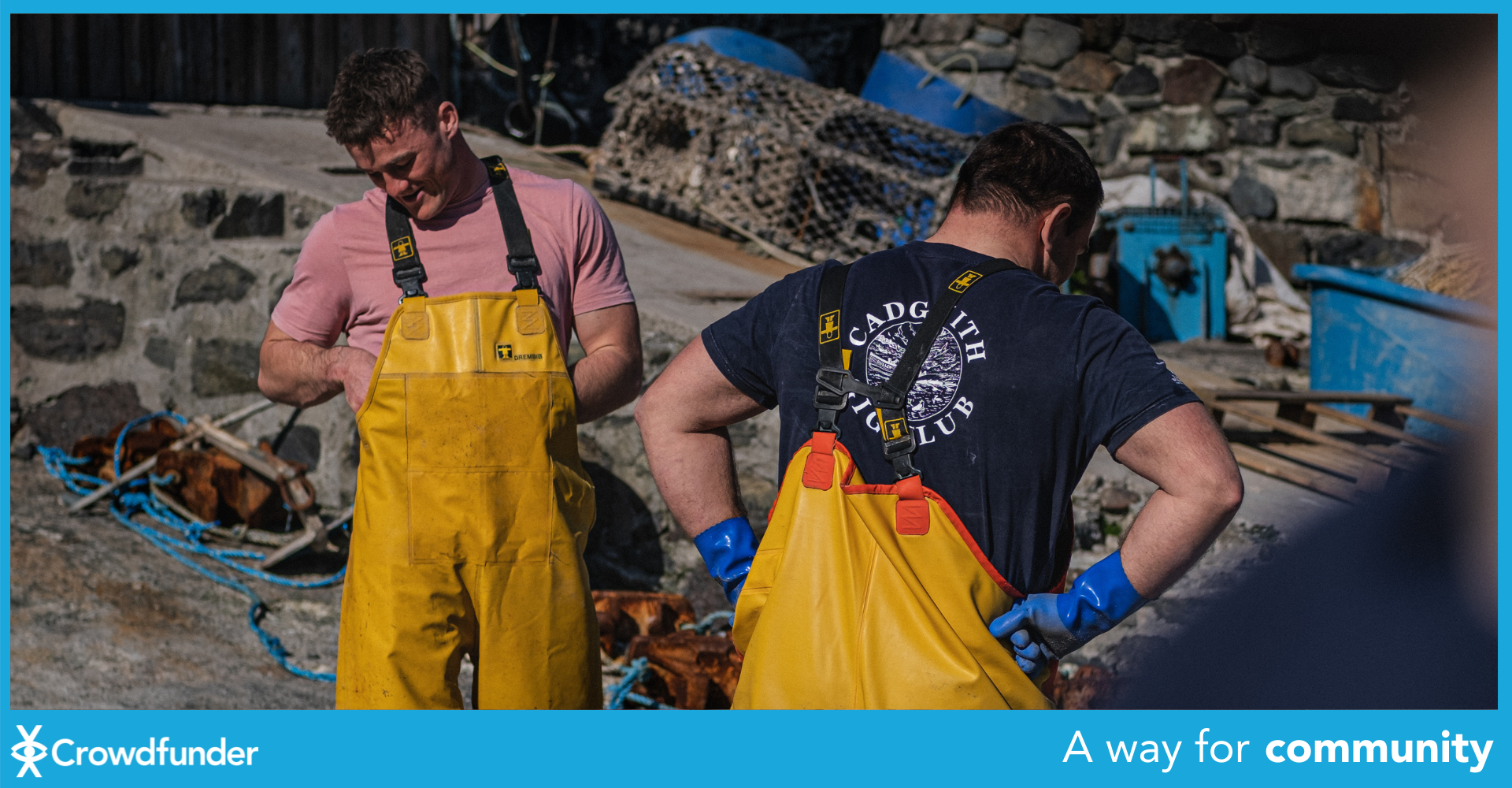 At Crowdfunder we have a way.

A way for people to continue to strengthen their communities.

Like the fishermen of Cadgwith in Cornwall, who we have featured in our new TV ad.

For centuries, they have been using Cornwall’s Cadgwith Cove to make a living, providing both tourism for the village and vital income for the families that reside there. In fact, it’s been described as the county’s last full-time fishing cove, attracting thousands of holidaymakers each year.

But at the start of 2021, this small Cornish community was left fighting to keep their way of life protected for future generations.

A number of 17th century buildings used daily by the fishermen were being threatened with development which would see them turned from the lifeblood of the community into mere holiday lets.

The village was devastated.

This was their home, their history, their income and they weren’t going to sit by and let it happen.

In an interview, the Trust explained, “It’s absolutely essential that we get our hands on them. Without them there would be no fishing from the cove.”

The Cadgwith Fishing Cove Trust set up a Crowdfunder to raise £10,000 out of the £300,000 needed to purchase the three main buildings. This initial sum would start the process off, showing the potential developers just how much these buildings meant to the cove.

Soon enough the community rallied around and something amazing happened. Not only did they hit their target, they smashed it out of the water.

Their cause quickly drew the attention of TV and media and the crowd fell in love with the village’s passion for their heritage. Within a matter of weeks the Trust raised the full £300,000 needed to purchase all three of the buildings.

Seeing the support pour in from Cornwall and beyond was so unbelievably heartwarming. What started with a community in trouble soon became a country-wide effort thanks to the wonders of social media and press. It opened up Cadgwith to new audiences beyond their tight-knit cove and propelled them to success. You see, that’s the thing about Crowdfunder. When the crowd comes together to support something they believe in, incredible things happen.

Cadgwith Cove’s story touched the lives of people across the UK (including the crew at Crowdfunder) and we knew that we wanted to highlight their phenomenal journey on our first TV adventure.

Over the years, thousands of communities have taken to Crowdfunder to make an impact, funding their ideas, initiatives, and dreams with the power of the crowd. We have a way to make great things happen just like Cadgwith. Start your own crowdfunding journey today.